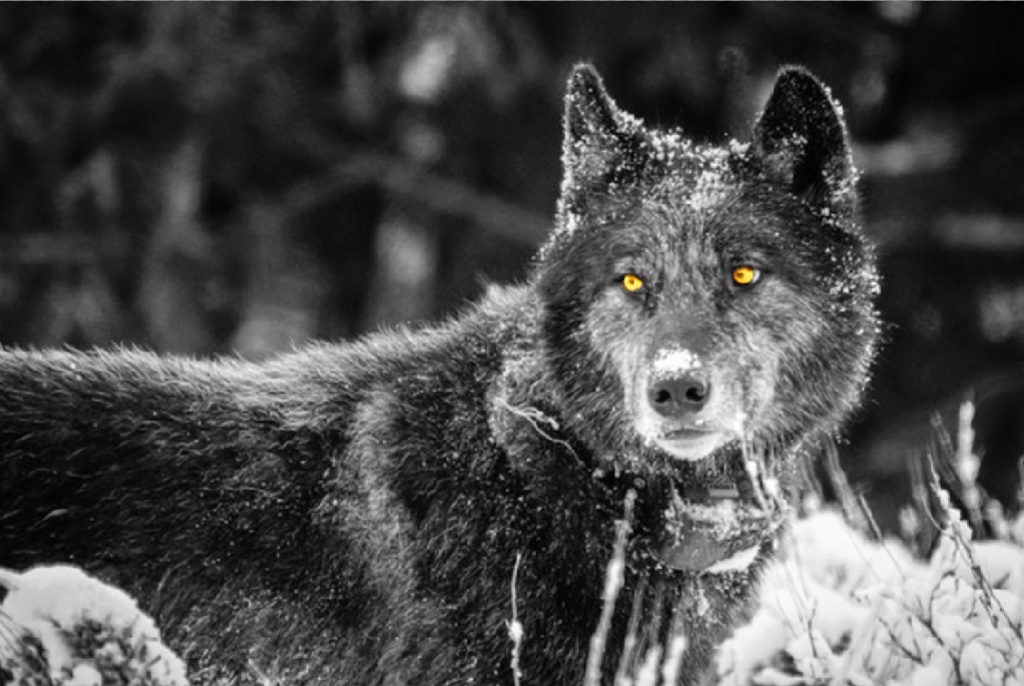 Myra was born to a light grey female named Twilight, and a jet black male named Denali. The two had met as dispersals and soon located a territory of their own. When Myra, and her brothers Takeo and Storm, were only a few months old, a strange brown wolf repeatedly came to their territory. Eventually, this stranger challenged Denali; severely wounding her father before chasing him off. This caused a pit of anger to build in Myra's mind her entire life. The trio were a little over a year old when Twilight passed suddenly; they were left under the care of the stranger. Only a few months later, Takeo challenged the stranger; and won. The stranger was killed, and Takeo took over. Storm stuck with him, while Myra decided it was not for her. Even though none of them were quite two years old yet, it didn't matter. They split ways and went on their own.

Myra wandered for a few months, before settling down in  territory of her own. For the most part, she either killed or maimed suitors; they had no interest in her since the stranger who pulled her family apart. That is until one; Miroku. For some reason, he caught her interest. Skip another few months, he is still around. Myra decides that perhaps not all males were so bad, and they became mates. Soon after that, Myra was with a litter. Roughly half way along, a massive flooding storm hit the territory they resided on. They moved to higher ground, but so did other creatures. They were fine for a while, but then a family of moose came along; an already raging bull, an overprotective cow, and of course the terrified calf. Miroku foolishly tried to chase them away, which resulted in him being gored by the bull. Her mate was cast aside with lethal wounds, though he fought to get up and continue fighting. Both fortunately, for the quickness of his death, but unfortunately because of his death, Miroku was soon ended by the raging bull. While that was happening, the calf was running around in a panic. A large branch fell, sending the cow forward. In her attempt to escape, Myra slipped in the mud. The cow trampled her; not only did it severely damage her ribs and flank, leaving two deep divots upon her right side, it left her right hind completely shattered as well. To make it all worse, the cow's hooves had crushed her pups to death. The ball of rage and anger she had developed as a pup came back full force, and she is now, literally, a hot-headed fighter, hell-bent on suiting her own needs first. It is still possible to break through her fortress, however, and ones that do have earned a valued position.